Celebrating Street Food In Indonesia by Will Meyrick

When we think of  “street food”, the image that most often comes to mind is the street foods of Thailand and Vietnam, where the food served on and from the street is from established, menu based, street located stations that will prepare a dish to the customers order from a range of specialities. Food trucks, streetside stalls set up with multiple styles of grills, stir frying, steaming and boiling components.

Here in Indonesia ‘street food’ operates on a whole other level, street food is both static and mobile, the best alignment to Thai Street Food would actually be Warung food and the street food, the kaki limas, the push carts are more like mobile snack vendors. 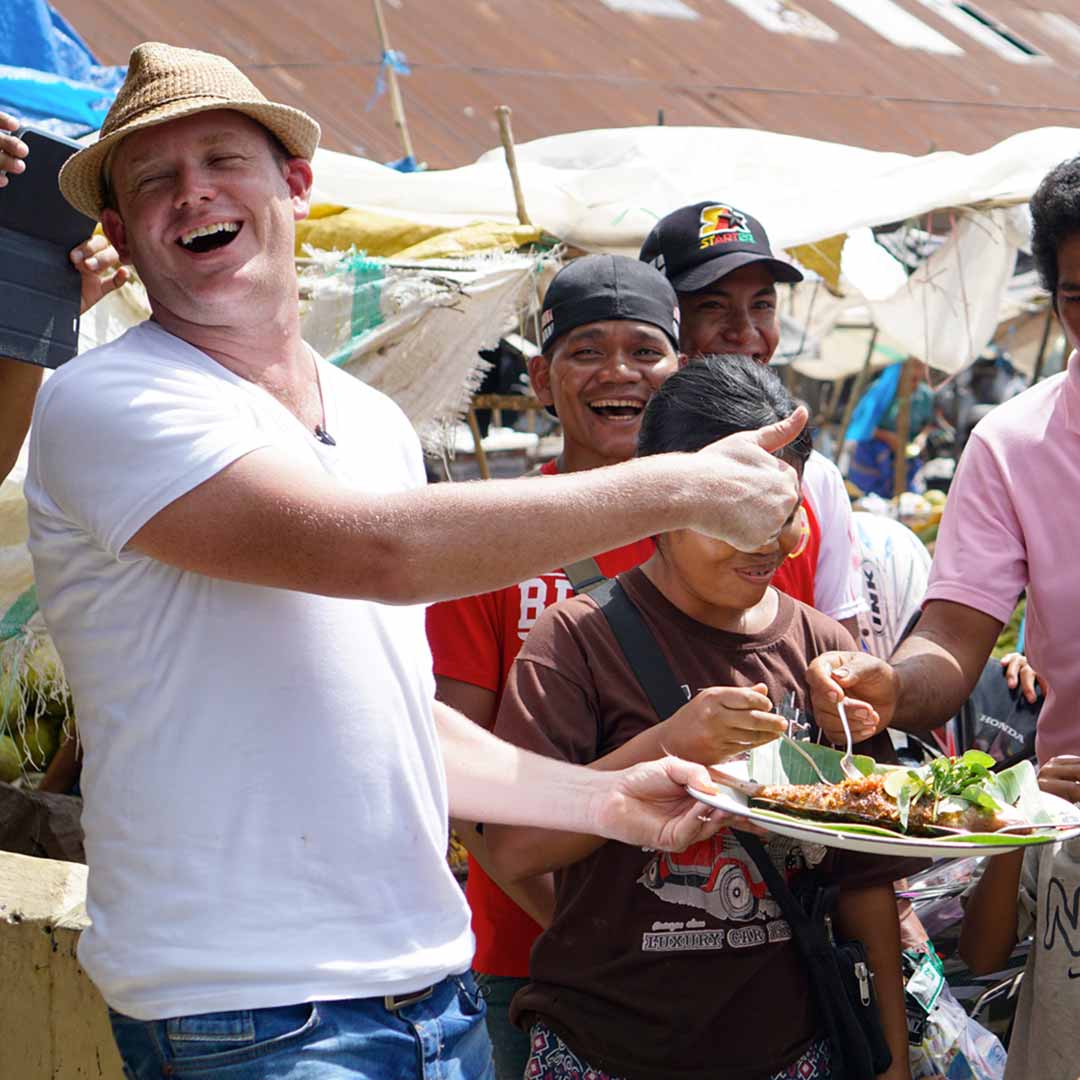 Will Meyrick In Denpasar, Bali 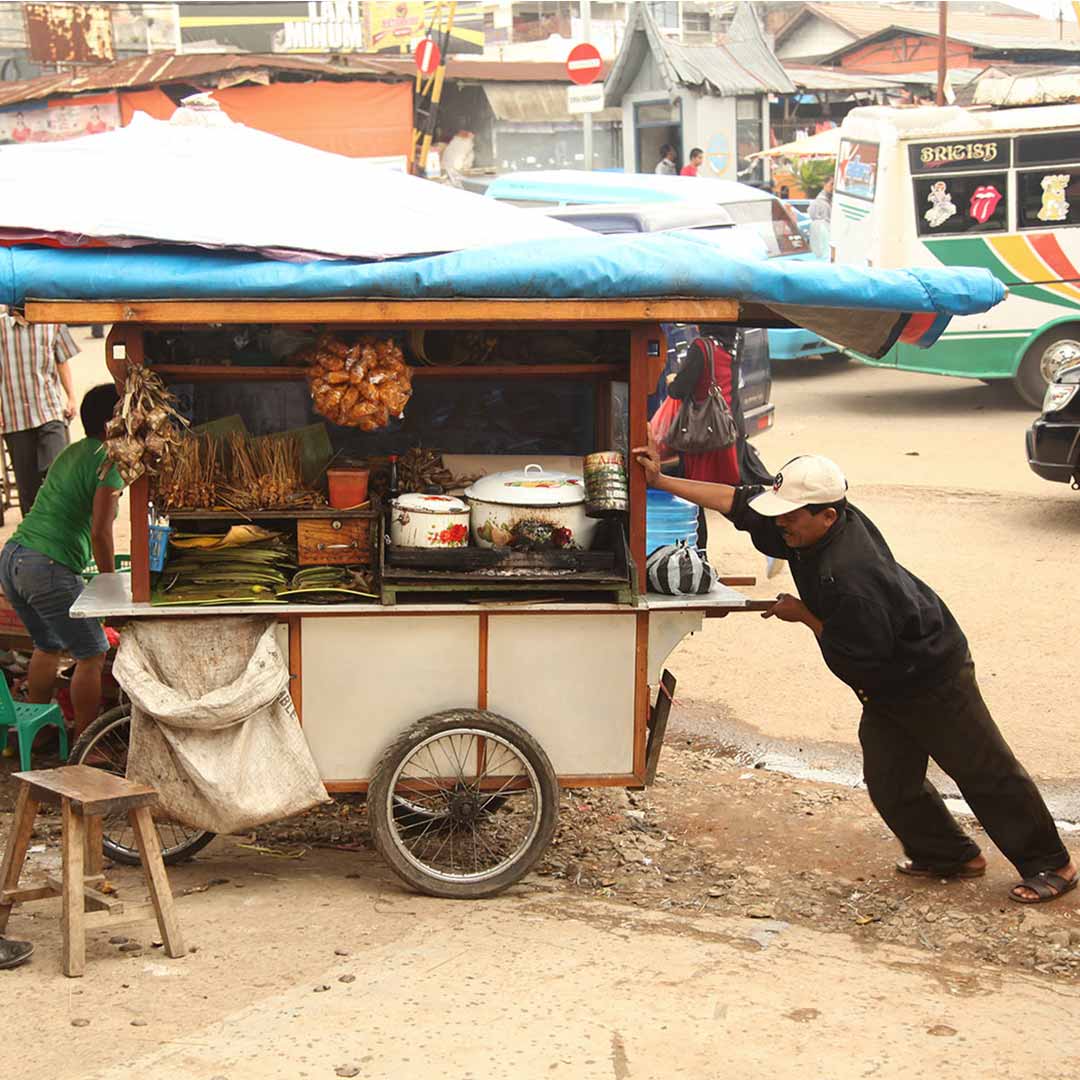 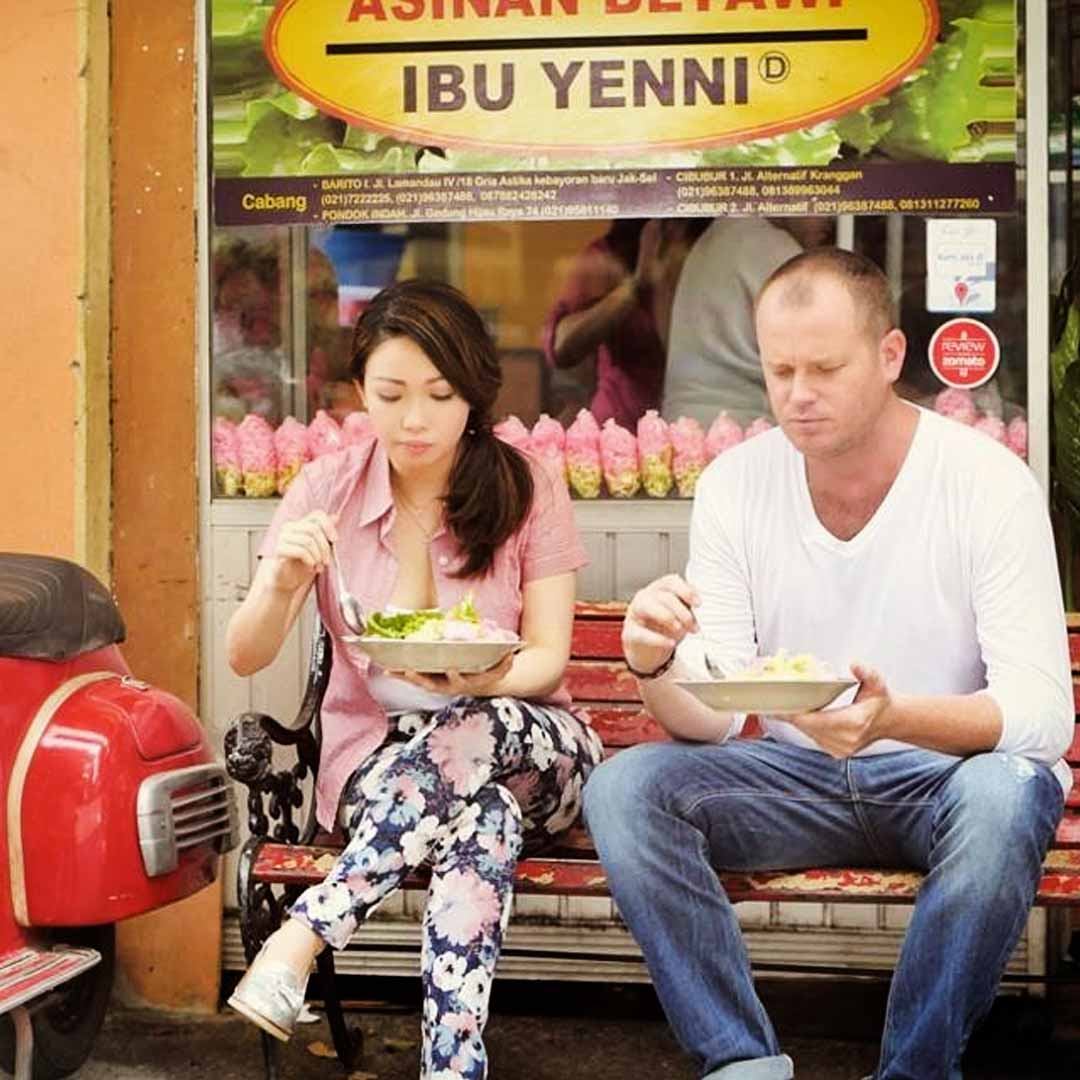 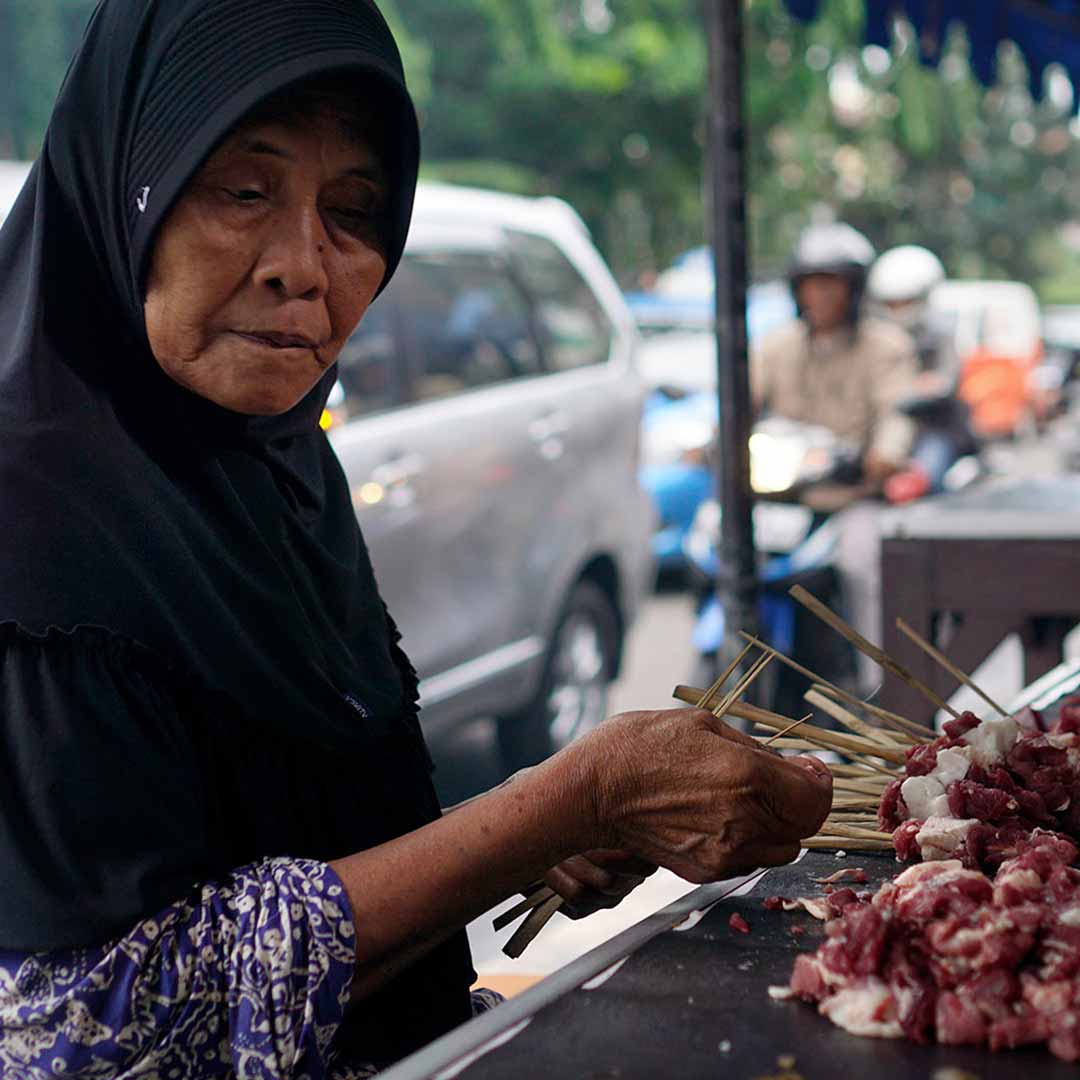 Much of the cart food is fried foods “Gorengan” ayam goreng, tempe goreng, tahu isi, that customers buy on the go, they don’t have stools or tables around them. Bakso carts do travel though , rolling through neighbourhoods serving out their meal-in-a-bowl soups to customers that eat standing at the cart, handing back the bowl when they have finished. It’s the Warungs that are really serving what could best be described as street food and their story is one that gives a clear, cultural understanding of the archipelago and the Southern China Sea trade routes in its telling 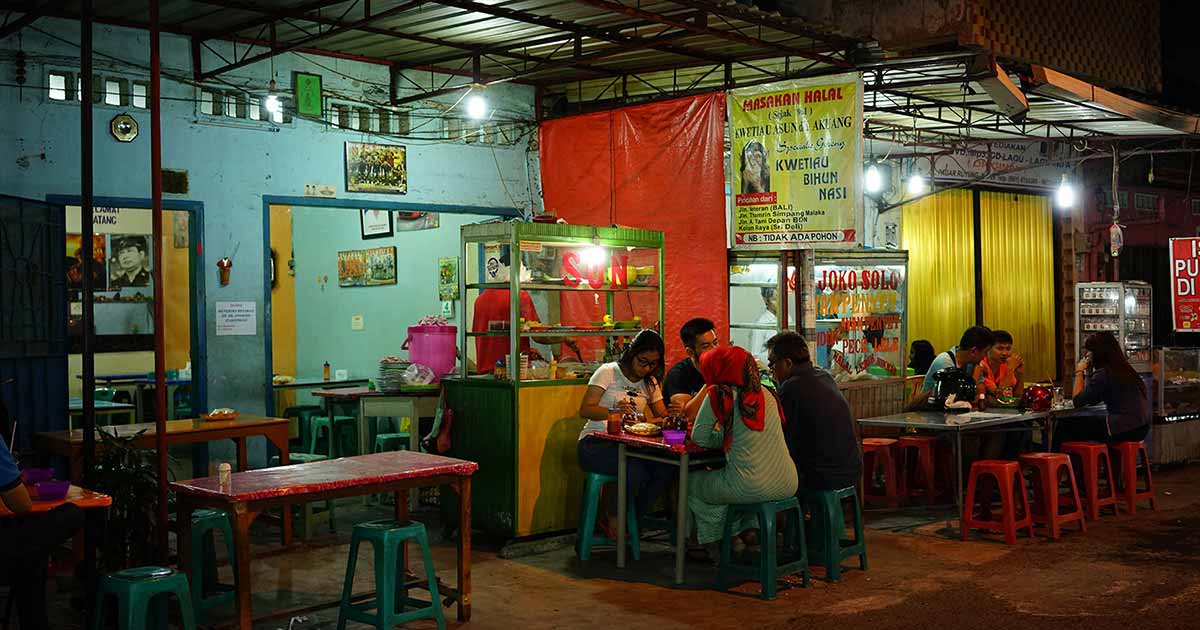 In Bali many will have been introduced to the warungs through the Padang and Minangkabau style establishments that serve daily dishes from large bowls arranged on shelves in front of a window, often protected from the heat and dust of the street and flies by a gauze curtain. Here whole small fish, chunks of beef, bowls of deep red sauces and bright green sambals along with bite sized parcels of stuffed tofu and stringy, deep green kang kung sit at room temperature waiting to be served around a steaming mound of rice. This is the home cooking of coastal and mountain West Sumatra. The Minangkabau warungs were established originally to feed the generations of young men who, according to cultural tradition, leave their homes to make their way in the world and marry out , thus ensuring the continued extension of their tribe. Warungs provide for vast numbers of ‘homesick’ and help them maintain links with their traditions through the provision of ‘home’ foods. In Medan Northern Sumatra the large community of Tamils celebrate their festivals of Durga Puja, Gandhi Jayanti, Independence Day and Republic Day with aromatic Biryani dishes, Malabar curries and soft pancake-like dosas. 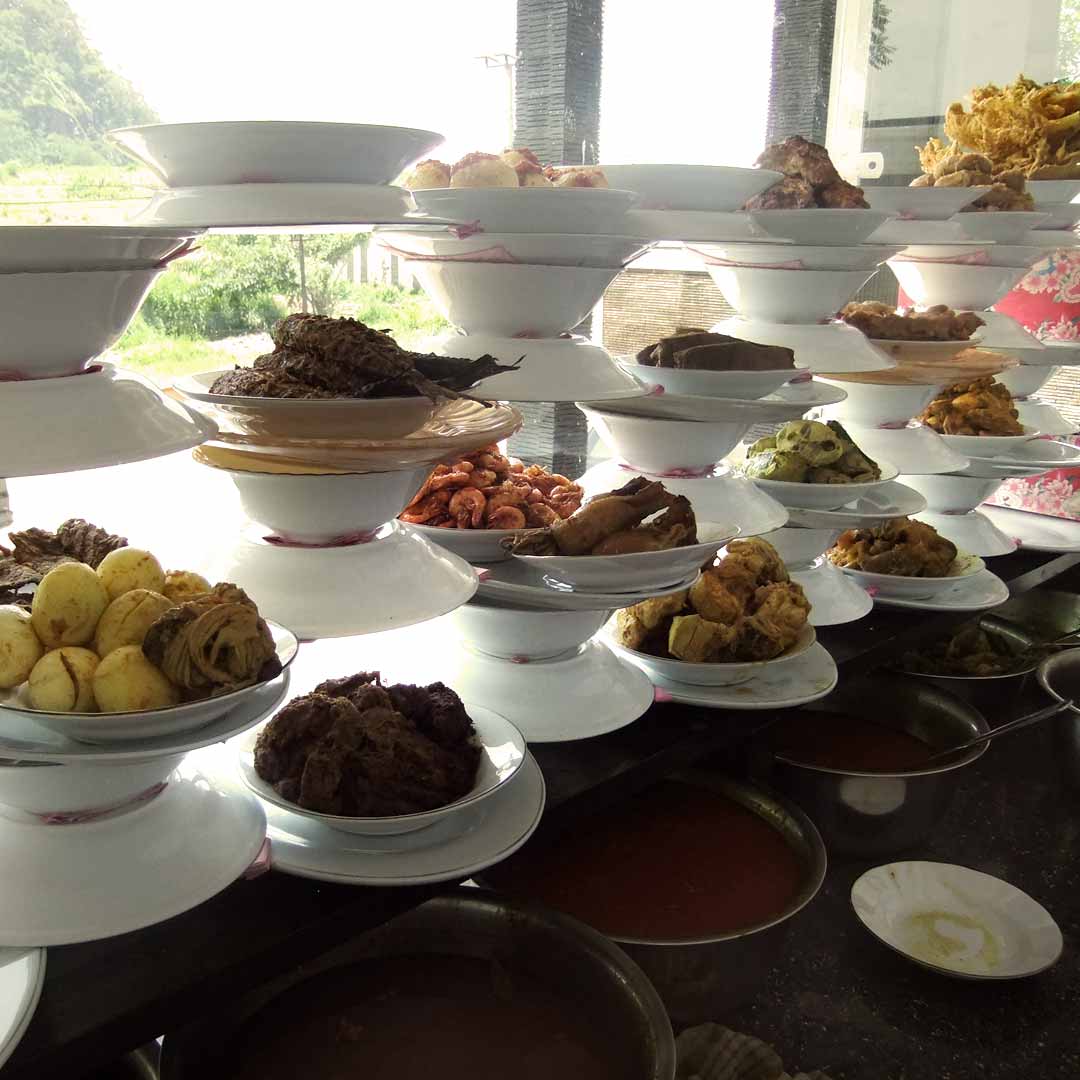 The Afghans and Yemeni’s introduced the cumin flavoured rice of Nasi Kabuli and beautifully grilled goat meats, while the Chinese brought in rice noodles, the dumplings and the Siew Mai dishes, served with peppery, chili fired soups and the Malay diaspora brought with them the delicate karis, or curries, creamy with coconut milk lifted with lemongrass and galangal to keep their communities of traders, itinerant field, plantation and dock workers eating well.

This is what makes Indonesian food so interesting, complex and fascinating because to add to the fabric of this culinary anthropological puzzle insular, indigenous communities contribute their own dishes to the kaleidoscope. 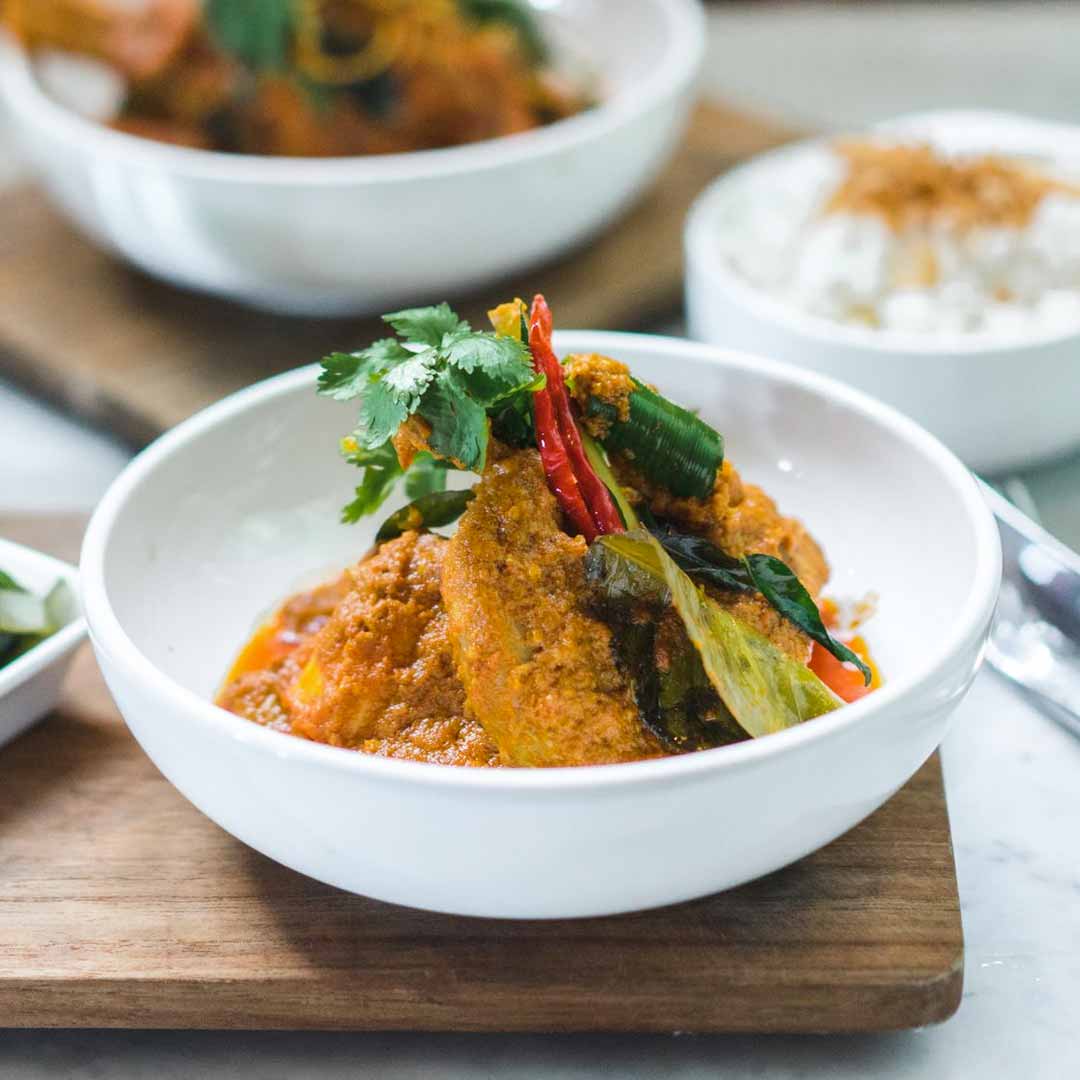 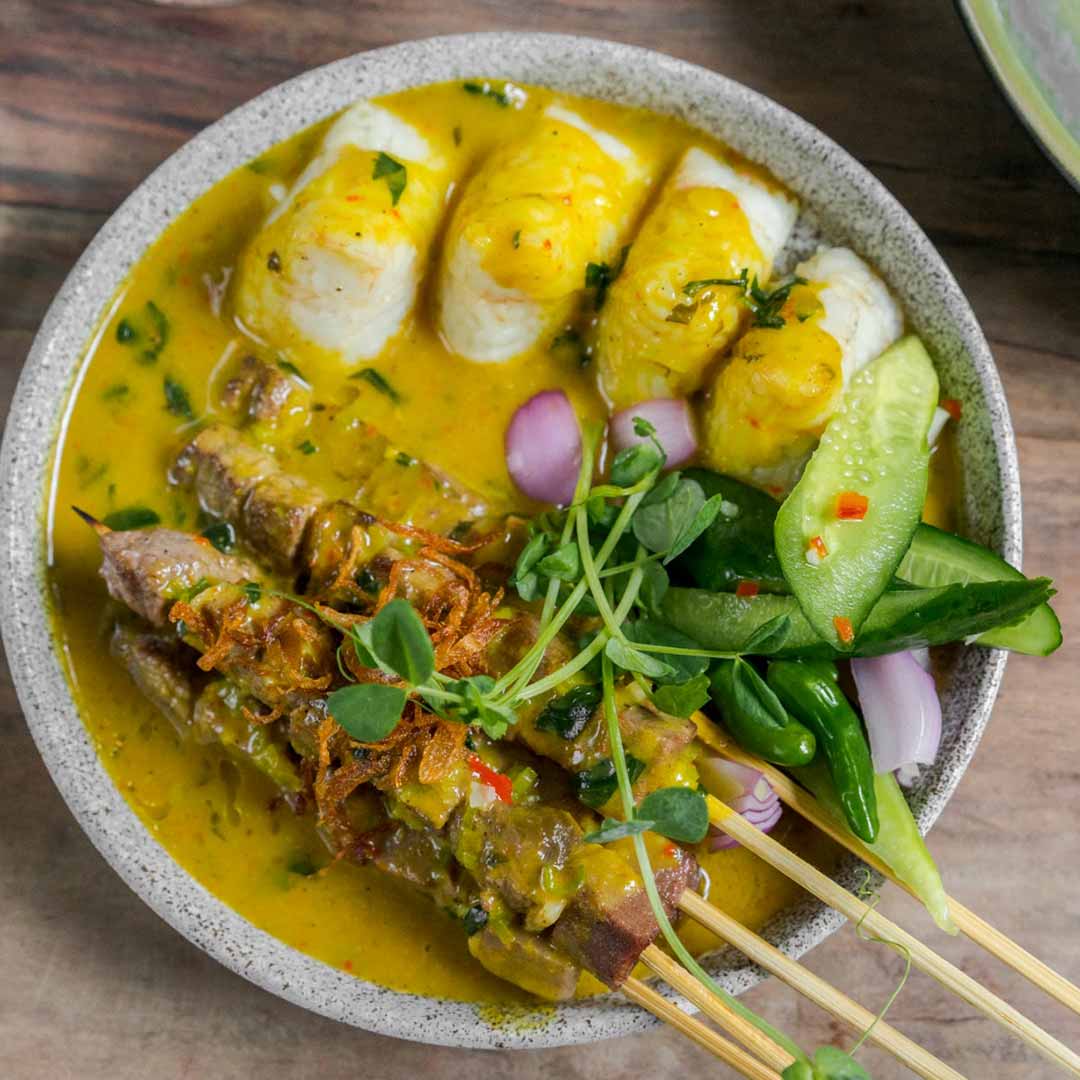 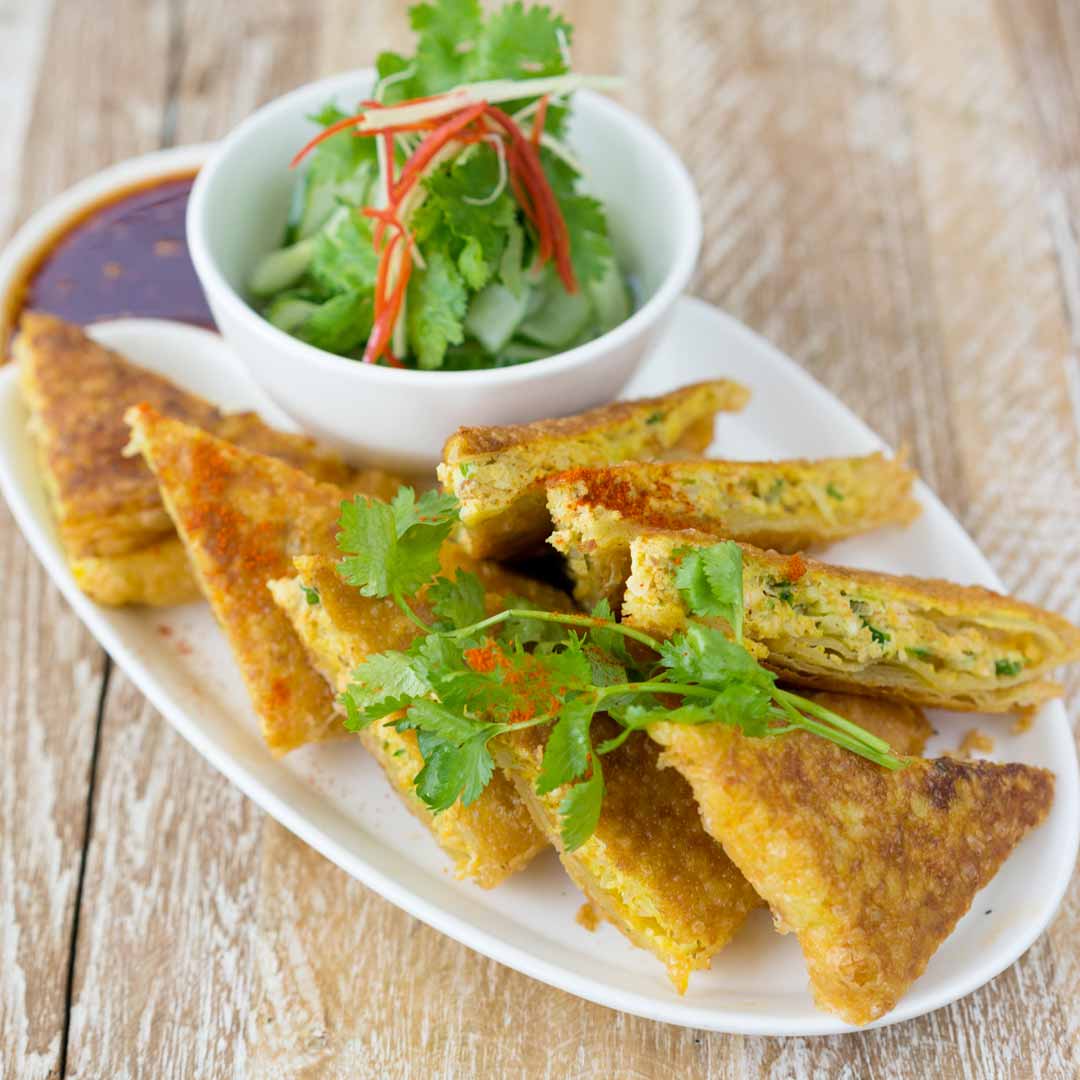 From the isolation of mountainous Toraja and the bamboo filled meats and spices that takes hours of cooking over smoking coconut husks  to the far flung Eastern Island culture where refrigeration is scarce and food is best prepared daily by the local warung utilising the daily catch and the slim pickings of arid grown corns, greens and chilies and everywhere in between the Indonesian internally displaced rely on Warungs for a connection to their place of birth. 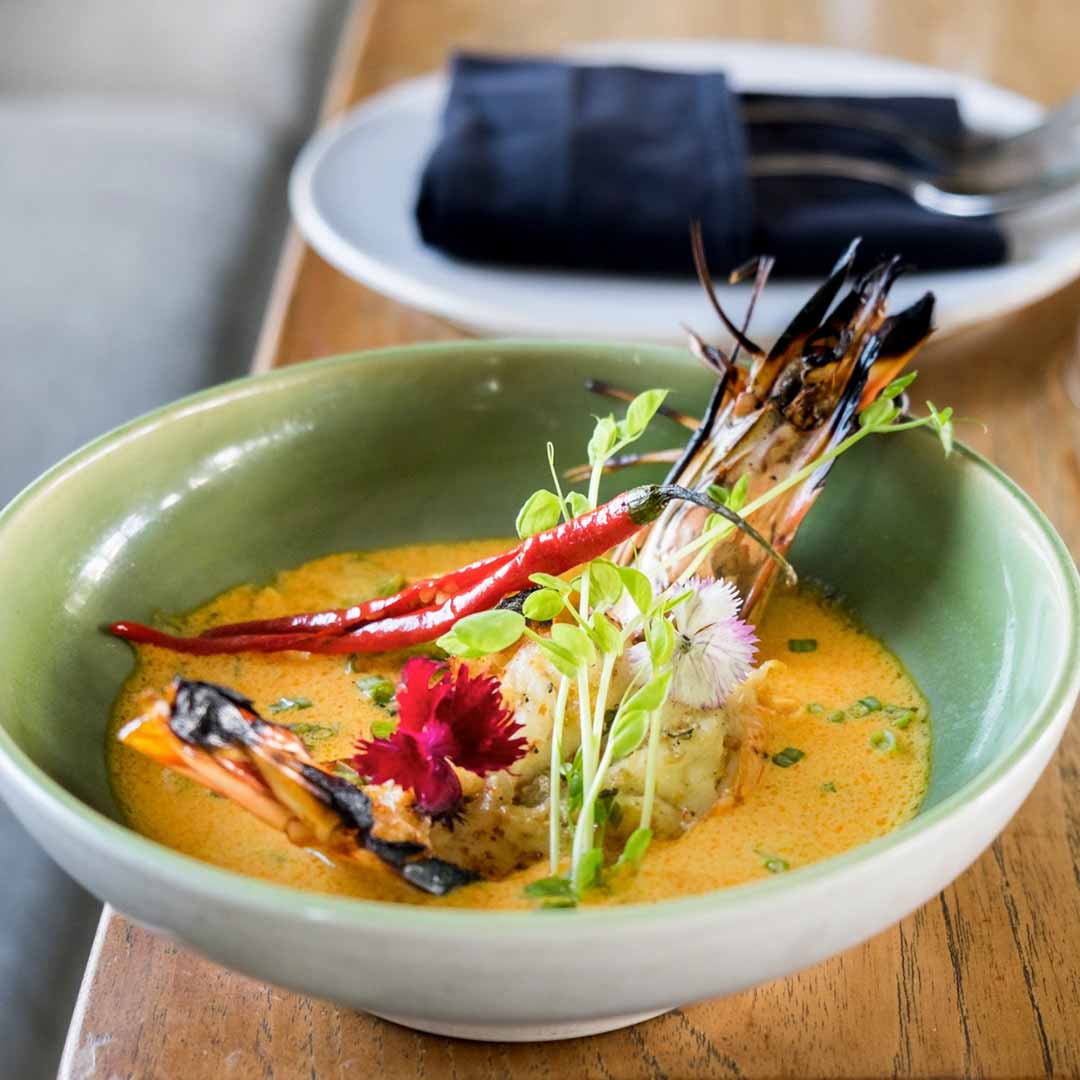 Warungs often appear to have sprung from the private homes of the women who prepare and serve the food of their birth place, and they do this with pride. The style of food preparation in the archipelago , based, as it is, on limited resources, requires preparation time and a commitment  to create the best possible dishes. 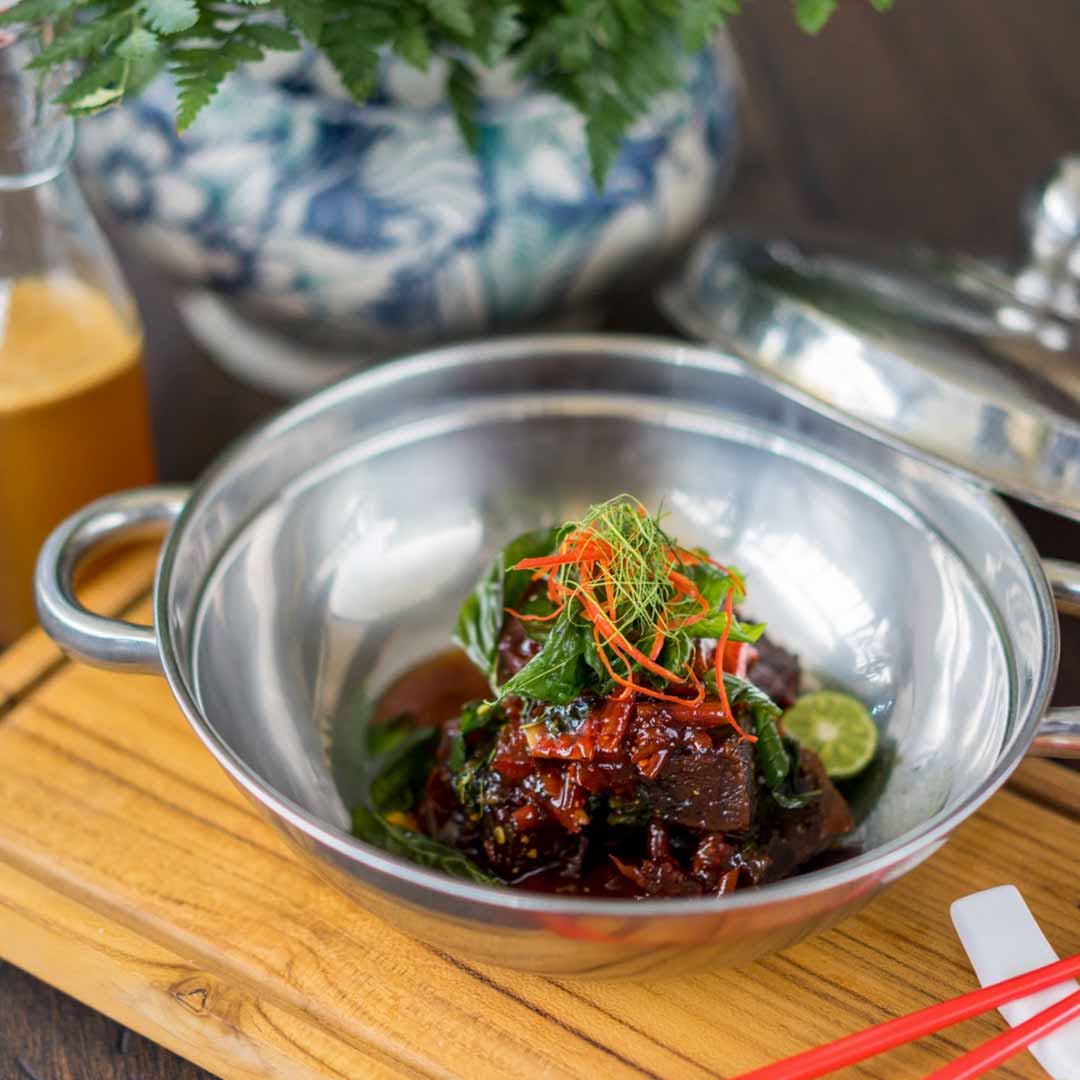 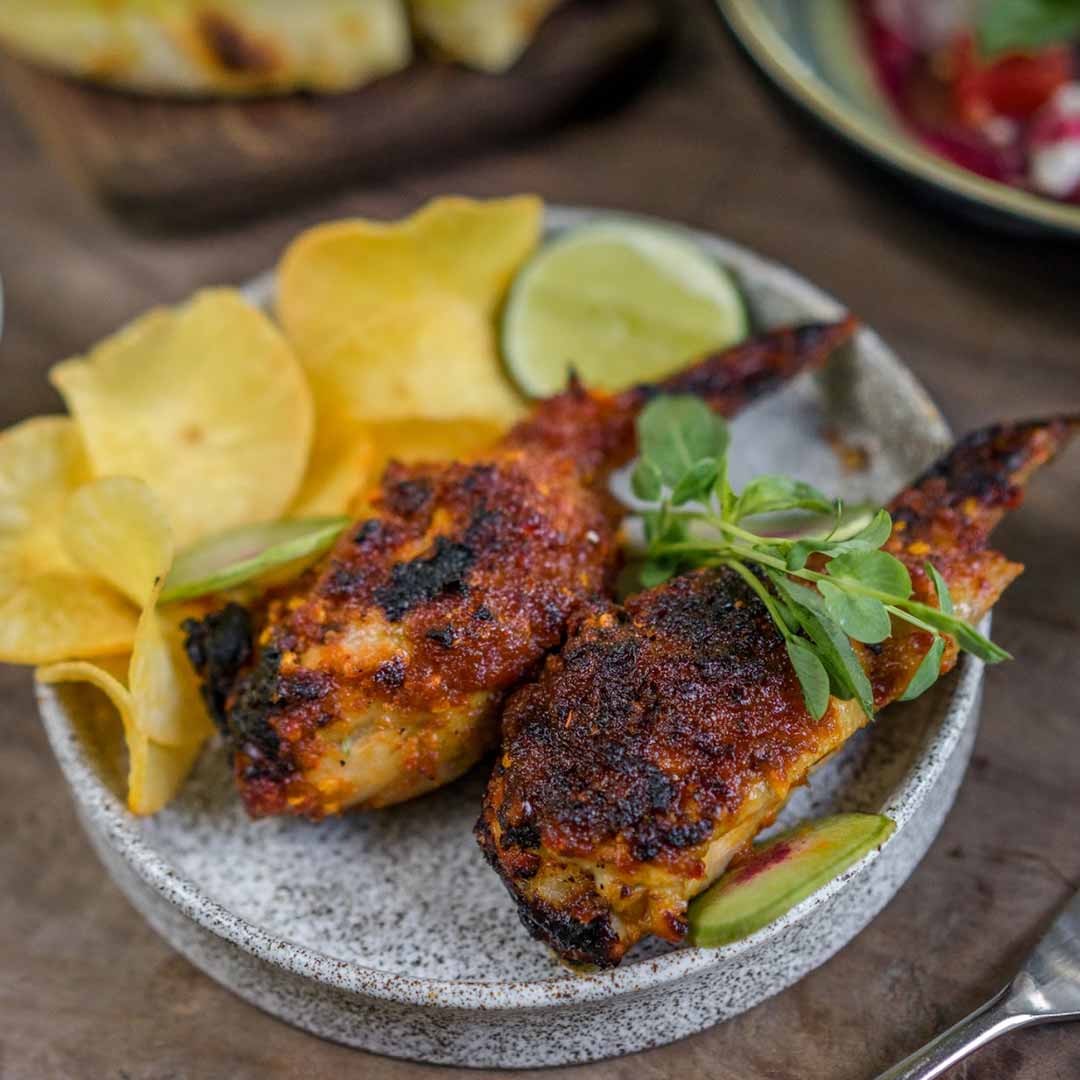 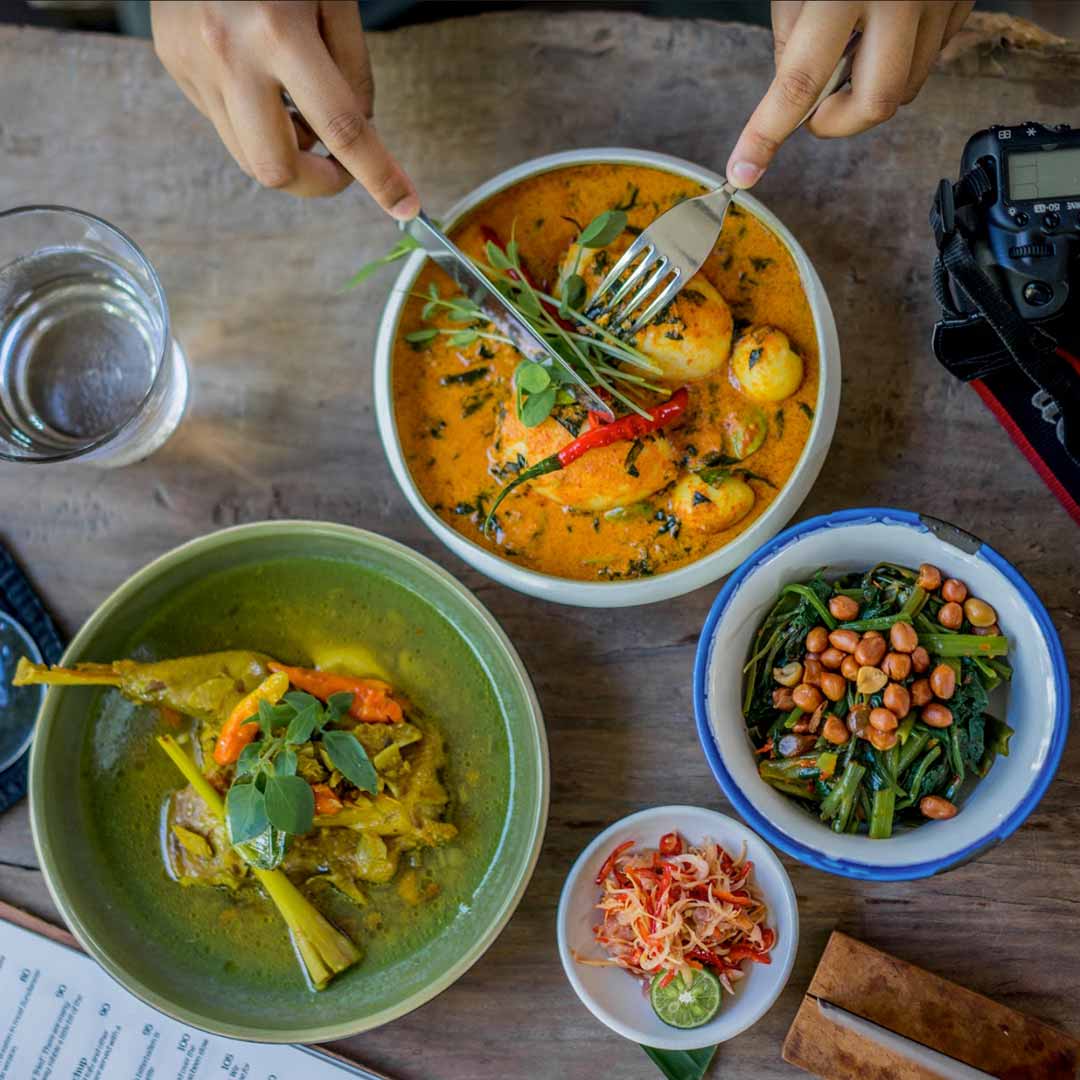 The balances of spices, herbs and the long cooking of less than prime cuts of meat in order to use all available ingredients, think chicken feet, short cut rib bones, dried fish or fermented pastes and soy cakes also demand a knowledge and a passion to create so it makes sense that the women, with families to take care of, would open up the front of their homes from where they could serve their loyal customers. 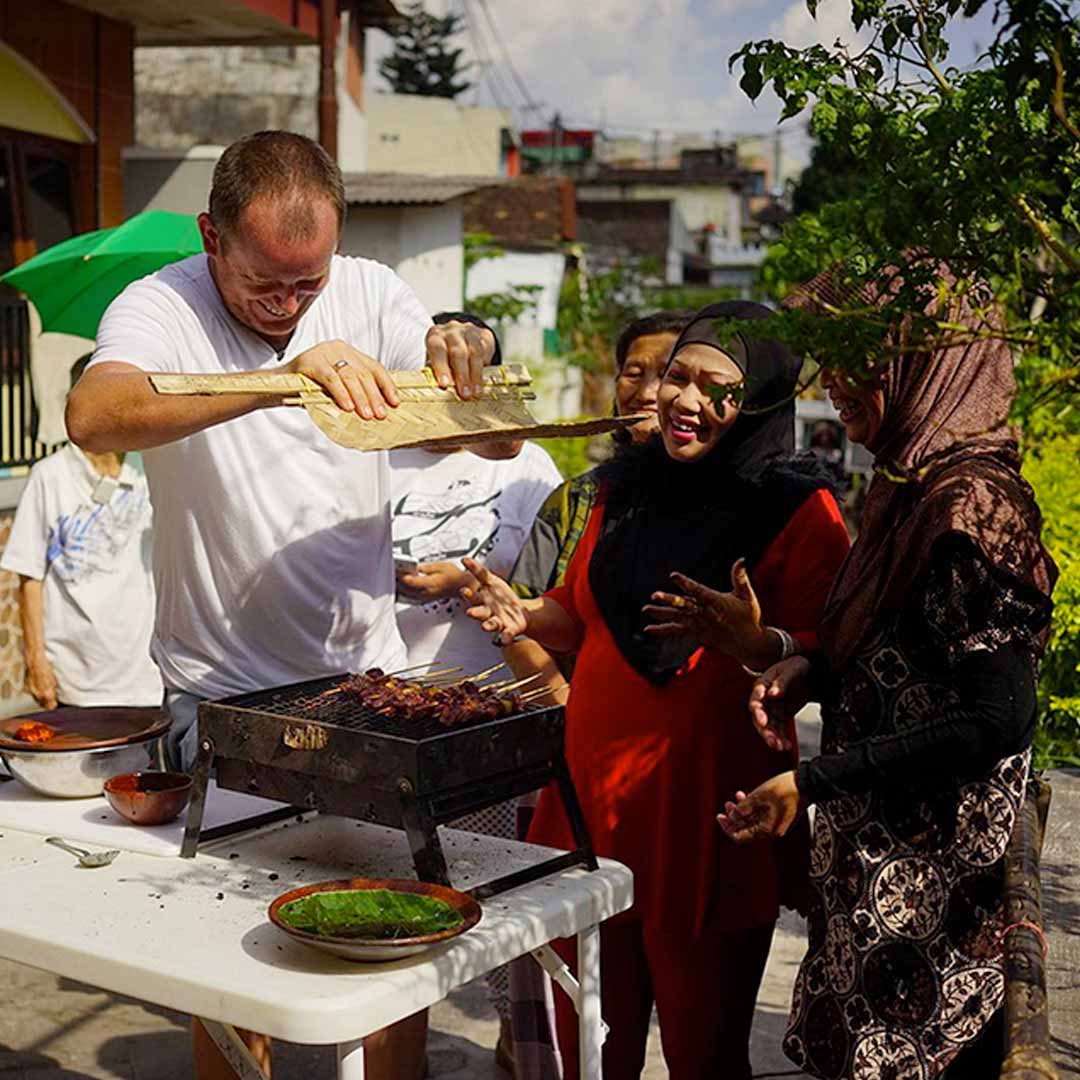 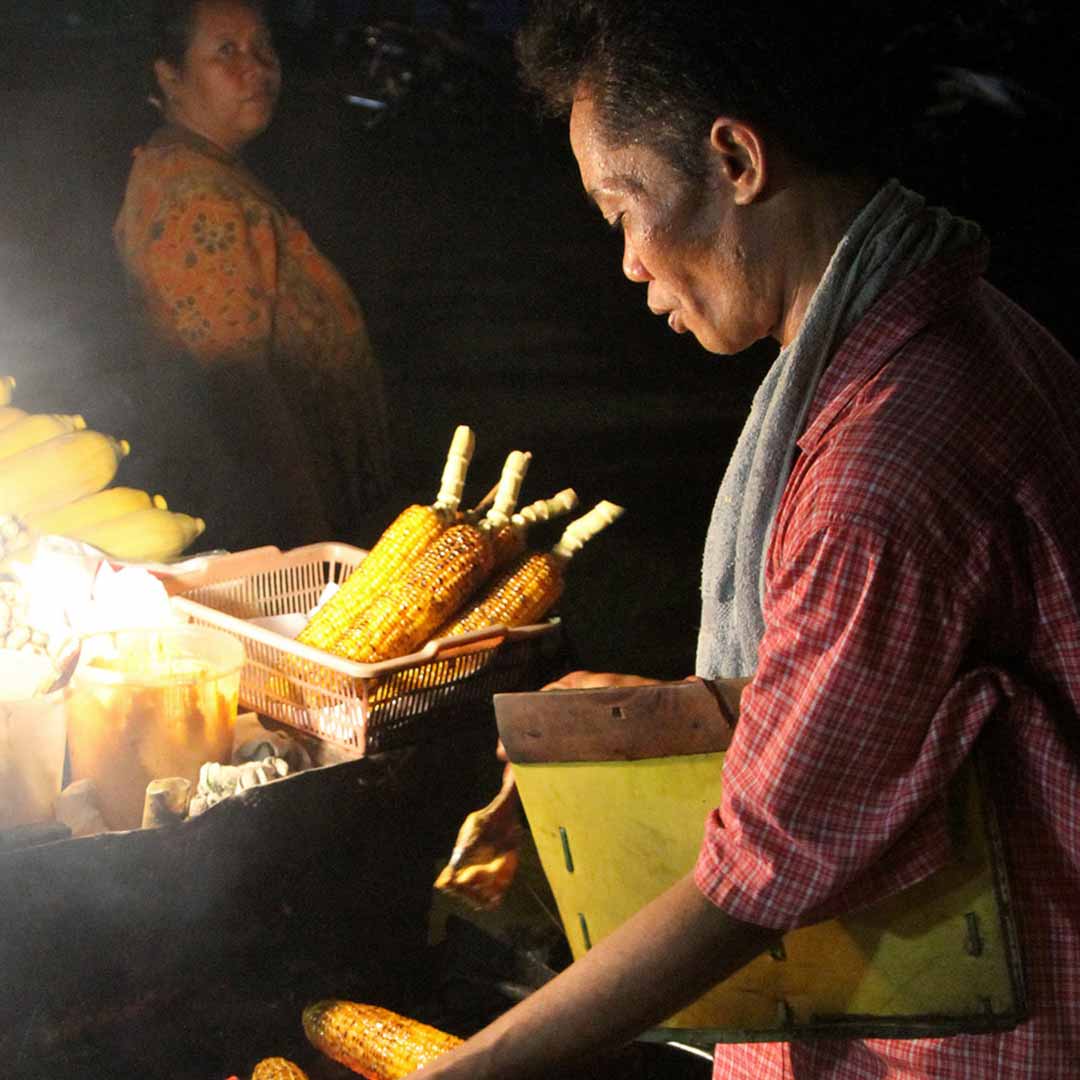 And here from a tale of culinary adventure, we move into one that illustrates the character of Indonesia, and certainly its women. In my travels across almost the entire country, I have learned that the women of warungs are highly regarded in their community.

They are revered for their consistent provision of the best tasting foods from ‘home’, they build up their reputation so much so that they run sometimes two or more warungs under strict supervision with only a handful of helpers, often members of the extended family, who keep the valued recipes of the dishes under tight lock and key.

And I am not joking, I once tried to extract some information from a Bukit Tinggi matriarch who demanded I offer her my car in exchange!

There are male warung owners too, but not as many, the previously mentioned Yemini community have male dominated kitchens while many years ago a  Chinese immigrant arriving in Jakarta began a small noodle stall that now has over 20 branches run by the original owner’s family. 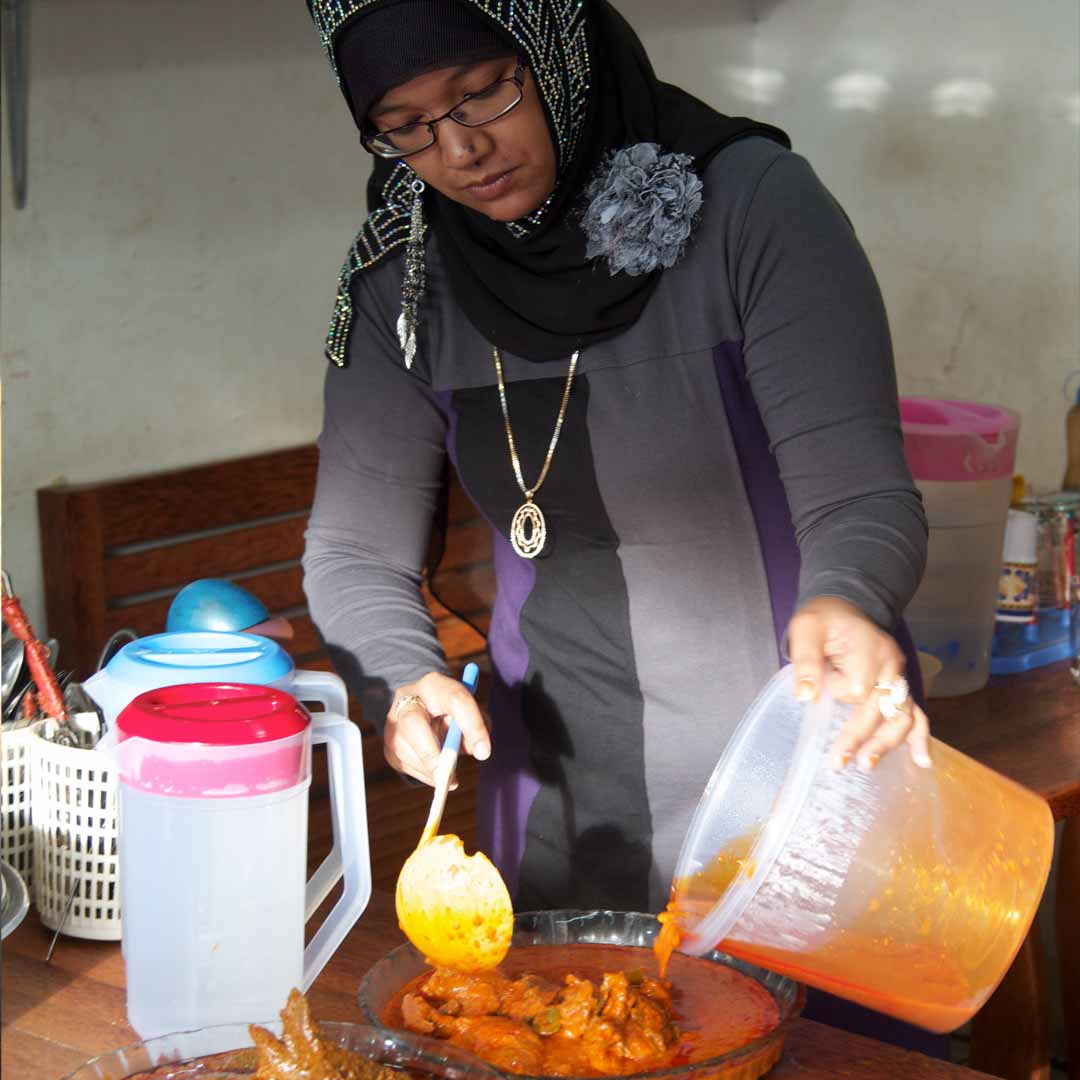 A WOMAN COOKING IN BUKIT TINGGI 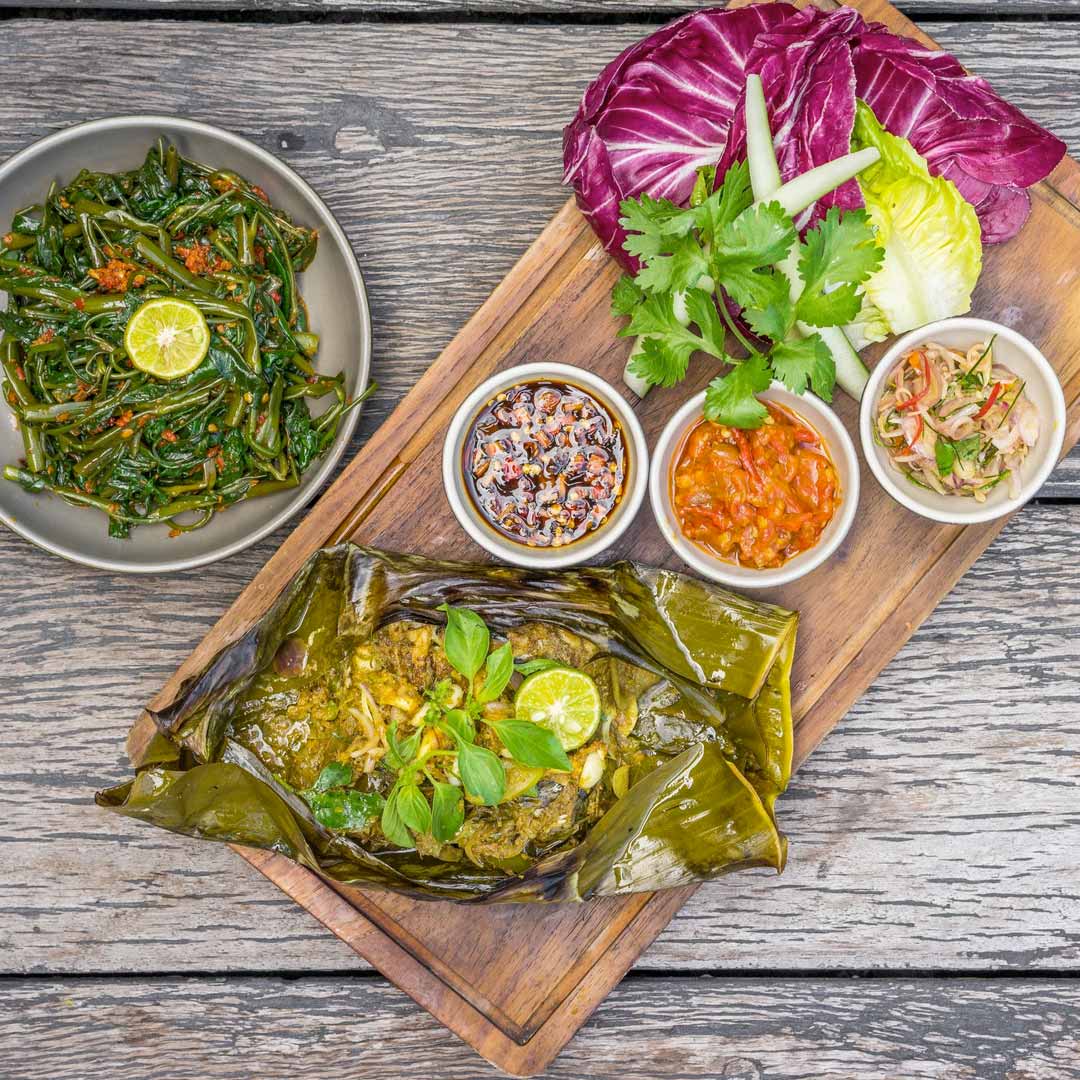 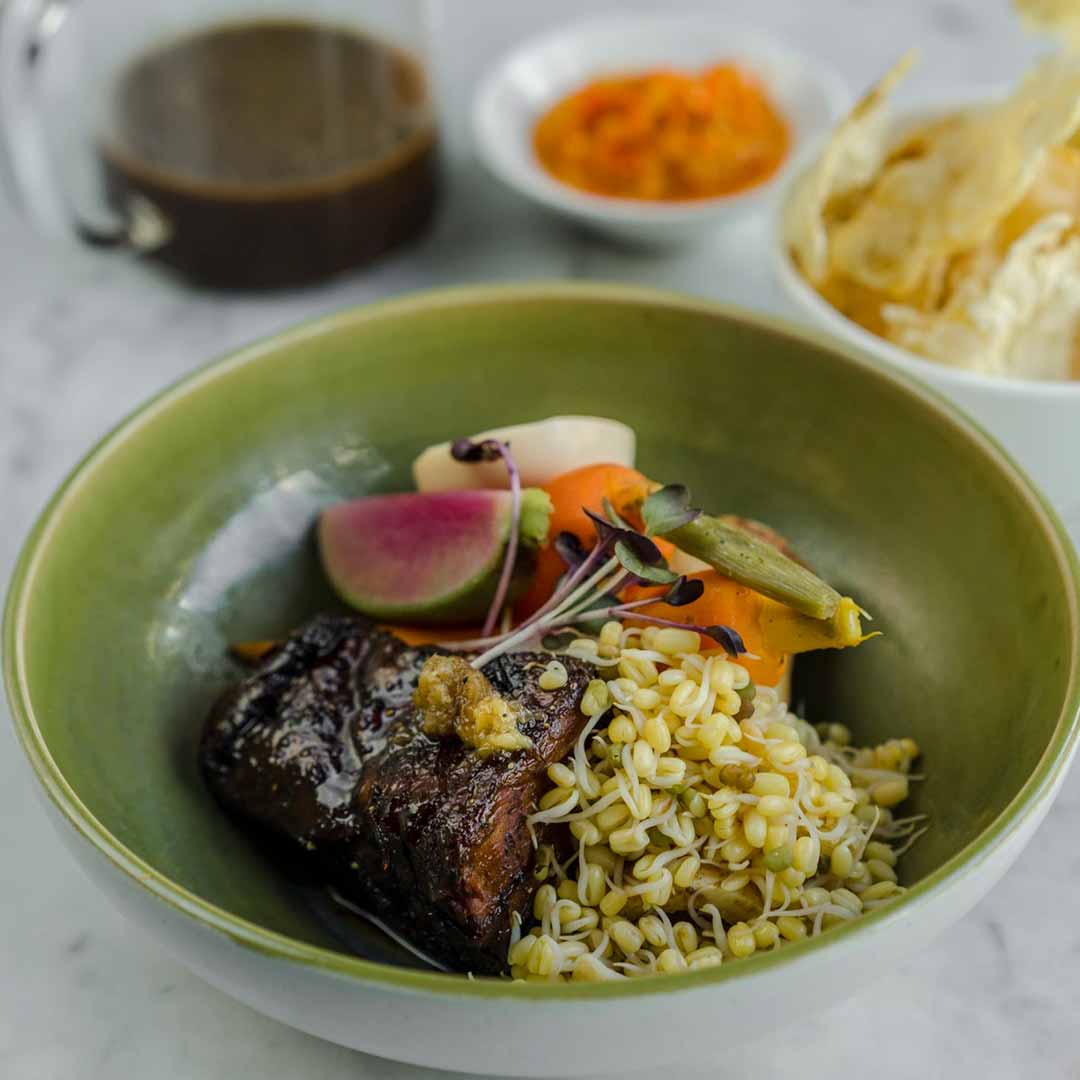 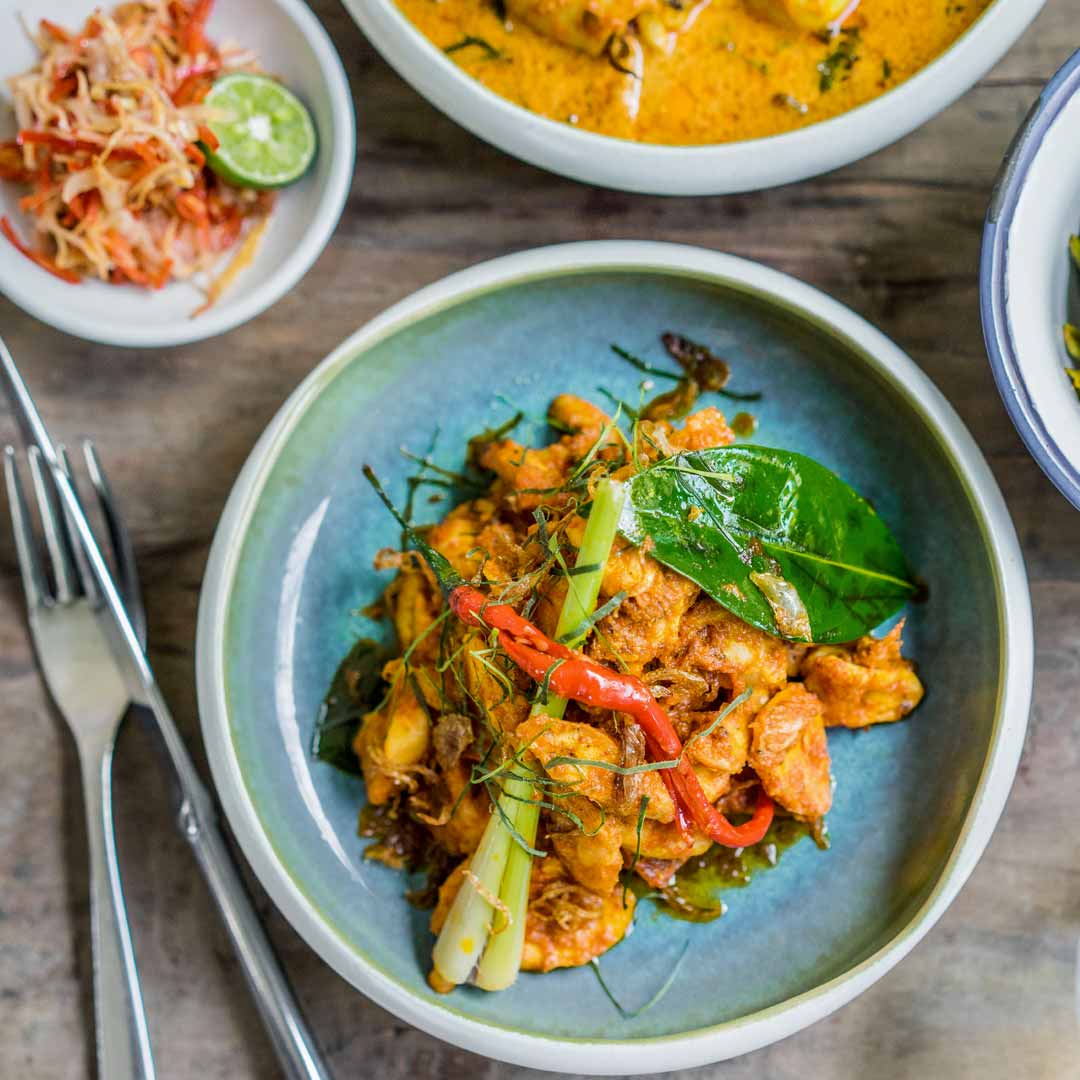 Warungs truly are the grassroots of Indonesia’s culture, they tell the history, they show the tenacity of the island’s women and they illustrate clearly the very real nature of community in a continent that spans from the tips of Malaysia and Singapore to the highlands of Papua and encompasses over 13,000 islands.

My recommendation to anyone at all interested in discovering Indonesia is to spend time in these wonderful places, always look at the ones that are busy, pay no heed to the decor and jump in.

As was told to me many years ago, while you love Indonesia and you love your Indonesian wife until you learn about Indonesia’s food you will never understand either! 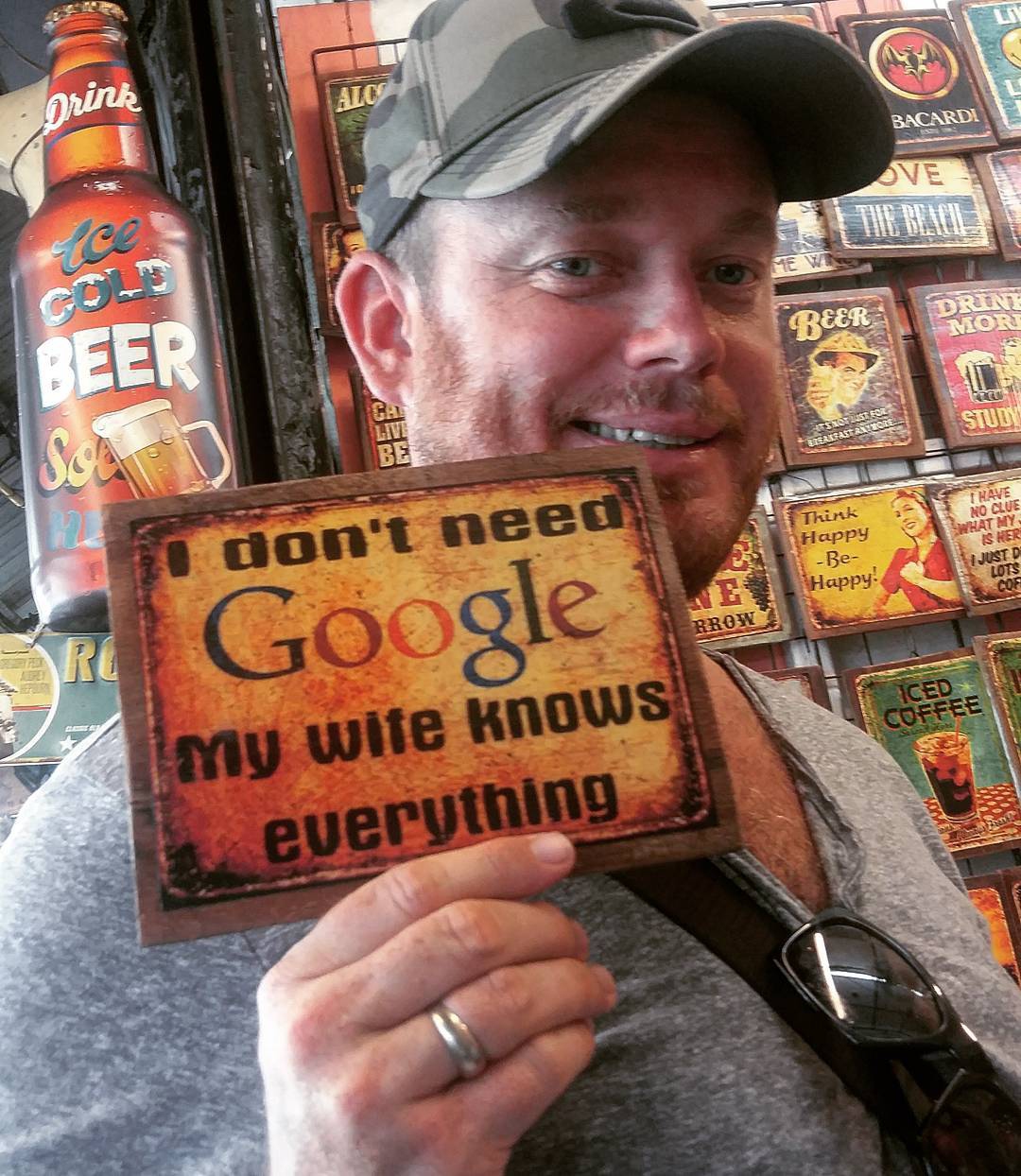